In March this year, things changed for our youth game making studio in a big way. COVID-19 sent us indoors, and online, fundamentally transforming  the way we worked together to create video games. Thanks to the resilience of the staff at Educational Alliance, and the intrepid members of our game making team, the studio continued. Now, after two months of hard work on the part of our brilliant team—David, Emmi, Norral, and Tashawn—we present to you a series of video games inspired by our experiences during the era of the Coronavirus pandemic. 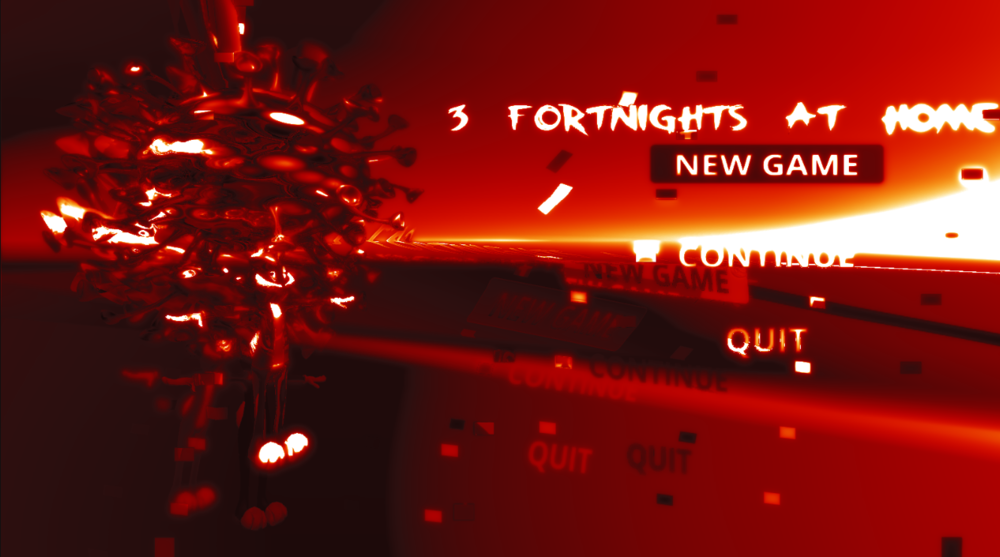 We set out to create games inspired by the theme "Alone Together." Game designer and programmer David created the solo First Person horror game 3 Fortnights at Home. David, known for his fiendish level designs, brilliant audio design, and lightning fast production speed, has created in 3 Fortnights at Home a truly unsettling experience evocative of the terror of loneliness and the threat of the virus. This game is a testament to David's abilities as a game maker, as well as to the power of video games to reflect, amplify, and articulate the emotional experiences of a community during a time of crisis.

As studio lead, I would also like to recognize two elements of 3 Fortnights at Home that are particularly impressive. First, David has created a complex, working in-game cell phone UI menu that encapsulates much of the core gameplay. The design and implementation of this menu is impressive both in its engineering and its storytelling. Second, the use of arrays to create randomness enhances the already very spooky gameplay by introducing unpredictability and variety.

This is a horror game, so please keep that in mind when you play! It's not for younger children. 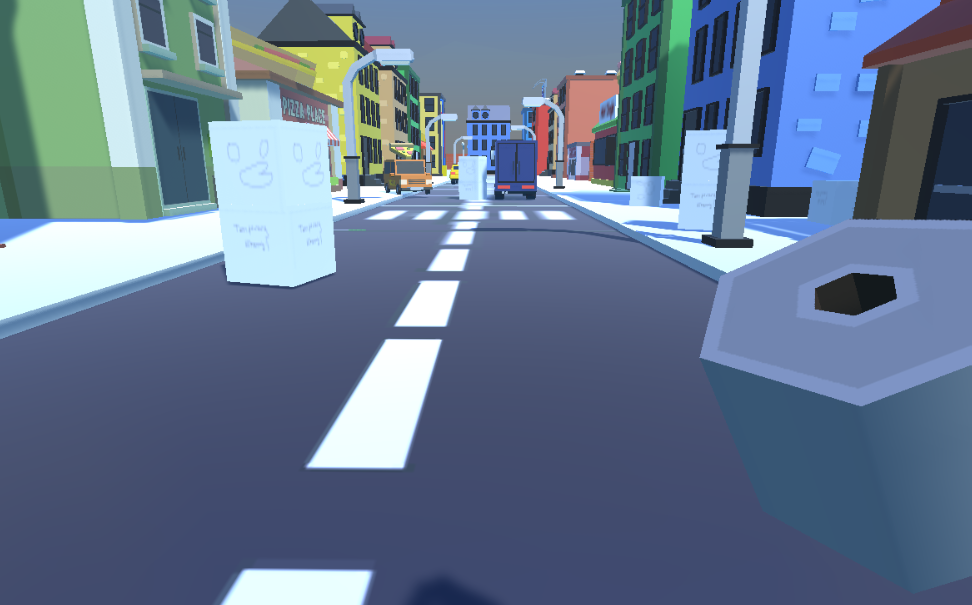 This demo represents a solo project by game designer and level building expert Emmi, who has been one of the most consistent game makers at our studio. Emmi's characteristic humor and brilliant environment design are both on display in this early prototype, which allows you to toss exploding toilet paper at unsuspecting enemies on a city street. While not on display in this demo, Emmi developed number of COVID-era tools for the player to use: an animated squirt of hand sanitizer, and a Lysol spray.

As ever, Emmi's focus on developing engaging gameplay resulted in a truly excellent early prototype that, with continued work, could easily transform into a satisfying and fun video game. As studio lead, I have always been impressed by Emmi's intuitive focus on mechanics, and her ability to iterate on the systems and interactions that actually make video games fun. This project represents a significant leveling up in Emmi's abilities as a game maker; in addition to designing levels and game mechanics, Emmi took on the task of programming an entire game project for the first time, which involved such things as extending the First Person player controller script, sourcing and integrating code for a toilet paper "toss" effect, integrating the explosion particle effect, and triggering sounds.

Towards a Beta Release: Elementals 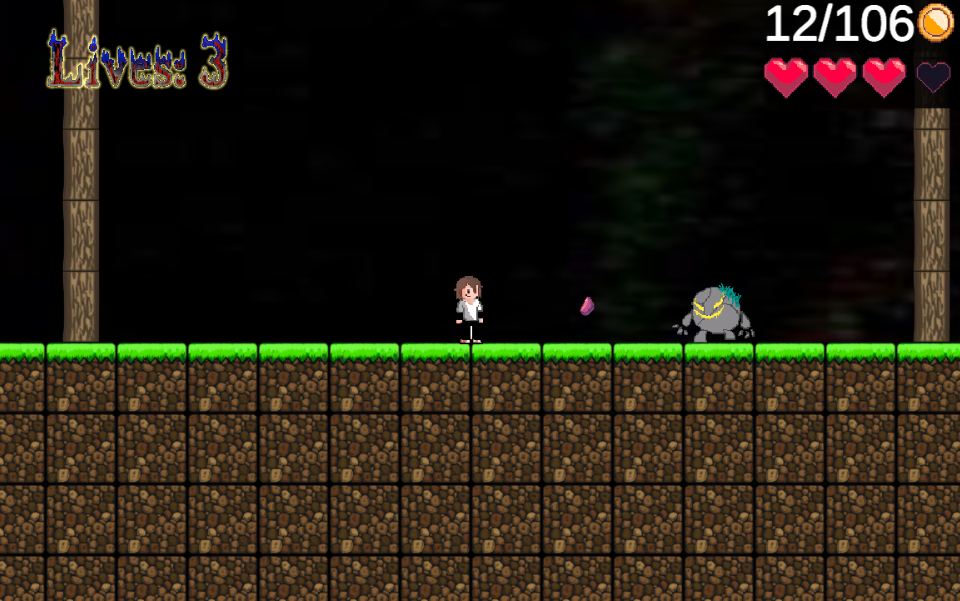 In Summer 2019, a team of game makers at our studio developed an Alpha build for a 2D side-scrolling platformer game called Elementals. Custom art, extensive and challenging levels, fighting and blocking abilities for the player, and fun enemies were just some of the things featured in the prototype last year.

Since that time, a few members of the Elementals team have hoped to return to the project. When we turned our focus to polishing existing games this spring, Norral, Tashawn, and David all deployed significant creative effort in improving Elementals, carefully and intelligently responding to instructor feedback.

Our resident digital artist, Tashawn, sketched out concept art for an improved player avatar, and provided us with sprite sheets to integrate into the new Elementals release. 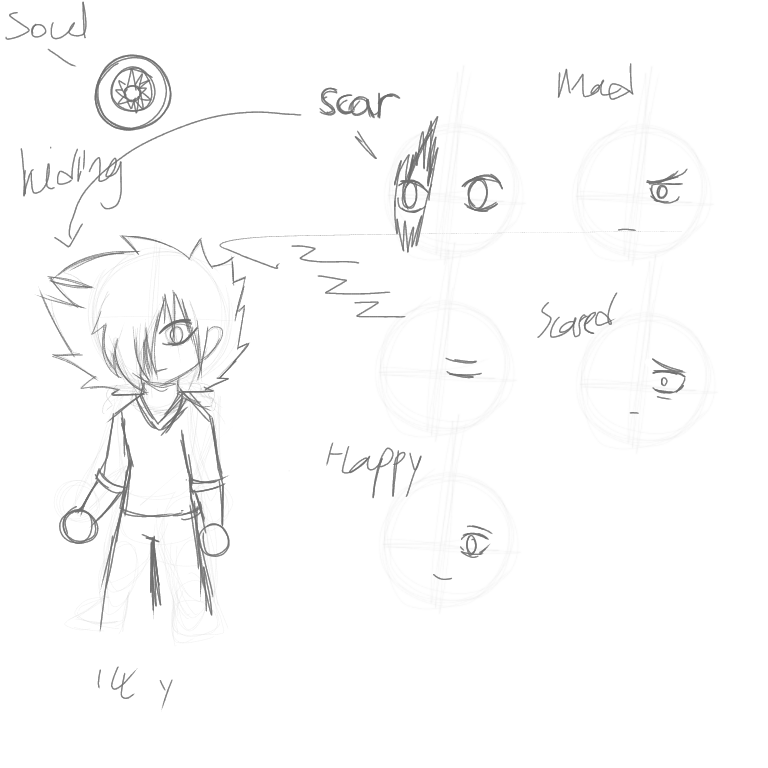 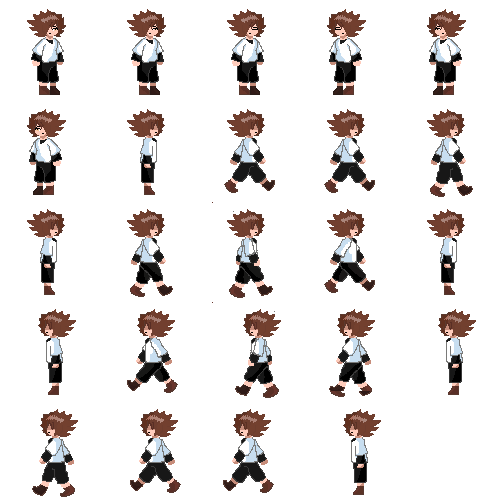 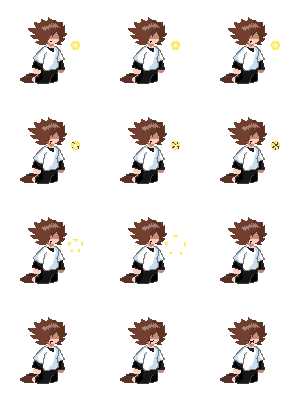 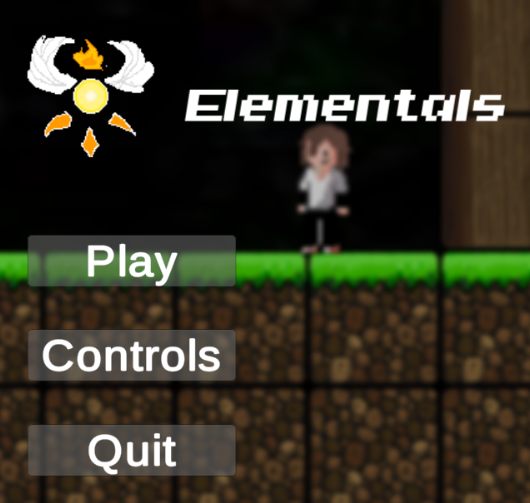 Game engineer, audio designer, and animator Norral heard out our feedback about the game's menus, which were utilitarian and basic. Norral implemented a fully-fledged menu system that included title and pause menus, and created satisfying interactions with animations and sounds. He also reworked the game's SFX overall, providing better audio for in-game interactions, and a custom background track. 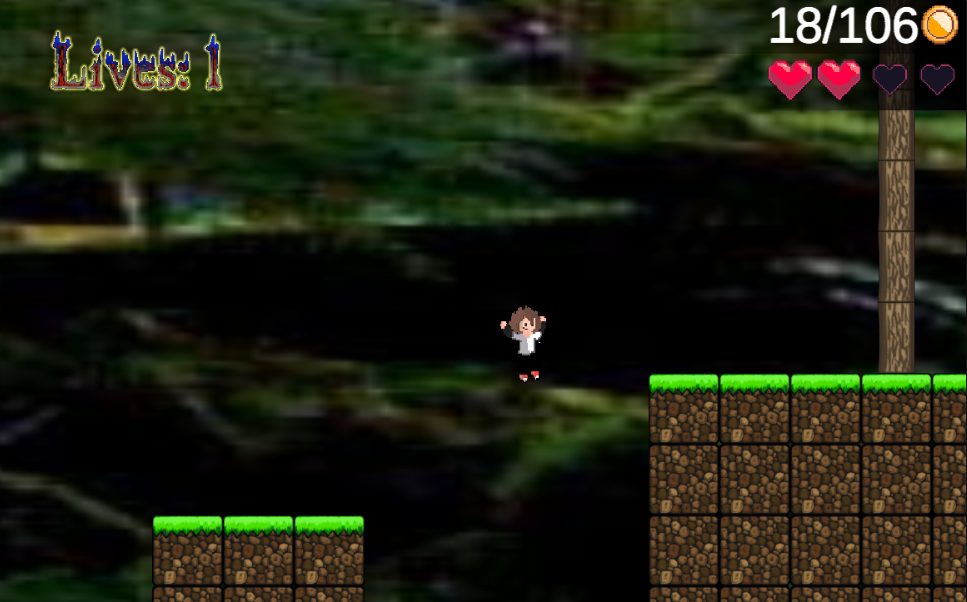 David dug into the core game systems of Elementals, creating significant improvements to the gameplay overall. Among other things, David improved the player avatar's physics, heightening the ability to precision-platform; implemented a lives system and a health powerup; implemented a new enemy type; and improved the level design significantly.

Great job to everyone who contributed to this round of iteration on Elementals! This is an ambitious game and I look forward to releasing it someday soon. 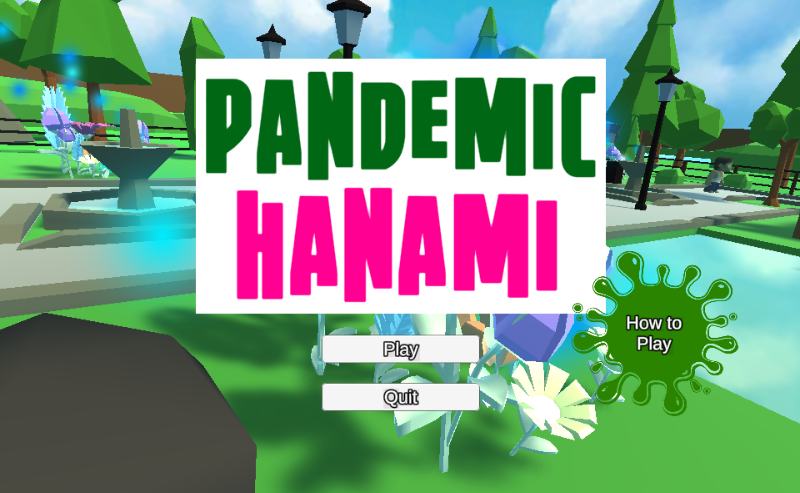 When things moved online, Make Room! Instructor Dan and I decided to make a game together too. Usually, we help the team with their games, but we thought it was time to show off our own game making chops. As well, we used this project as an opportunity to create tutorial videos on the growing Make Room! YouTube channel, where we've been gathering content on game making in Unity for the past few months.

Inspired by the "Alone Together" theme, we worked up this prototype. With our shared interest in Japanese culture, I decided to name the game Pandemic Hanami. In Japanese, "hanami" means "flower viewing." I wanted to do a take on what flower viewing—and urban outdoor leisure in general—feels like during a pandemic. The result was this goofy artgame, which allowed us to show our students best practices for quickly developing prototypes, using particle effects and sounds to "juice" a game, and implementing Unity's NavMesh system to create NPC AI.

Dan and I would like to thank David, Emmi, Norral, and Tashawn for their patience while we worked out the technical kinks of teaching game making on Twitch, and for their dedication to the art of making video games. We would also like to thank our colleagues at Educational Alliance, particularly Sandy, who has been critical in supporting our transition to an online model.

As we face summer, and the prospect of more creativity and self-expression through games, I would like to address our game makers directly. Things have changed since we selected the "Alone Together" theme, and if I were to select a game making theme today, it would relate with equity. I'd encourage you to make interactive experiences that, like our pandemic games, would reflect, amplify, and articulate the important work happening across the U.S. and the world toward racial equality, and in support of Black Lives Matter.

That said, your games and creative work do not always have to make a "statement" or be explicitly political. (I just personally tend to enjoy playing games that reflect what's happening around me!) Sometimes, it is enough to make whatever crazy, cool, fiendish, hilarious, or experimental game that comes to mind. I hope you will continue to do that, regardless of how your education and career paths evolve. We at Make Room! will always be your resource, and you can rely on us to bring game making, in whatever form we possibly can, into your lives.

Stay tuned for new developments this summer. We've got a fantastic online summer camp in the works, and you, as members of our most prolific youth game making studio, will be invited to join us!